I’ve been re-reading “The Satanic Bible.” As a kitten, this tome meant something completely different to me. As I’ve reviewed the book over the last week, I get this feeling in the back of my head of how 1960s it really is. And that’s evident in some of the language that Uncle Anton uses. He uses phrases that appear to be targeted at the type of individual that understands Xtian culture of the period. I could see this book being used in a college level course in the future as a tool to examine culture of that period. Actually, I would be quite surprised if there isn’t already a course that uses “The Satanic Bible.” 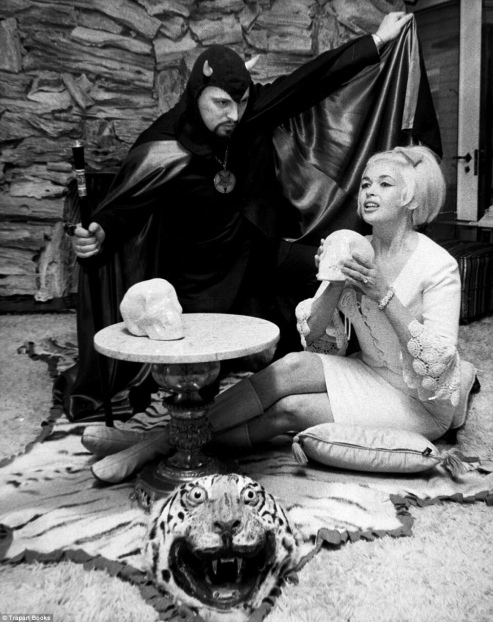 Overall, I feel that there is a lot of showman fluff all throughout the actual solid stuff here, which is something you need if you want to sell yourSelf or something you’re doing. It would do me a lot of good to focus on improving my own showmanship in many areas of my life. It will also come in handy as I continue to get comfortable doing tarot readings. Like using showmanship to bide time while I use my other faculties to interpret a spread. I already do this some, and maybe this is where some loose basic knowledge of astrology will be able to actually be useful.

When I look at “The Satanic Bible” from the point of view of how “showy” it is as opposed to the things Uncle Anton has written, the book becomes something else entirely. Dare I say, genius, because there’s a lot going on under the hood here. Both in actual message and presentation.

This nature of showmanship actually makes me want to scrutinize the current state of stand up comedy. Nowadays, there is no showmanship. You can dress in a t-shirt and blue jeans and go up to tell unironic jokes about the everyday. It’s become really common, even among bigger names in the industry. They want to convey a “no-bullshit let’s laugh at idiots” type of routine. And it works. It would be interesting though if someone were to come up and instead of talking about idiots, they bring the idiot to the stage. Maybe like Steve Martin or Robin Williams did in their heyday. Like an unintentional intentional funnyman as opposed the stoic “cut to the chase” pessimistic type of comedy that’s become the norm. I bet if the right person did it, in the right place, they would become huge.

I can tell my audience about something until I’m blue in the face, but until I really show them that everything they thought about what I’m trying to communicate with them is congruent to what they had in mind there’s going to be some level of disconnect. I must seek to instigate a superficial moment of Synesis between mySelf and my audience. For example, I have this tool to tell you what you already know (a tarot spread), and I know that you already know it through the reactions you make to what I’m showing you. I now know what you know and reveal that “truth” objectively through speech, even though we both knew that “truth” simultaneously before it was even said.

This all goes back to the idea of being clever by making your audience feel as though they are the clever ones. If I can get them to believe that what I’m doing is their idea, I’ve not only created a sense of urgency through perceived realization in my audience, I’ve also made them feel special by making them believe that what I’m describing to them was their idea first.

Showmanship also embodies something else, mode of dress. 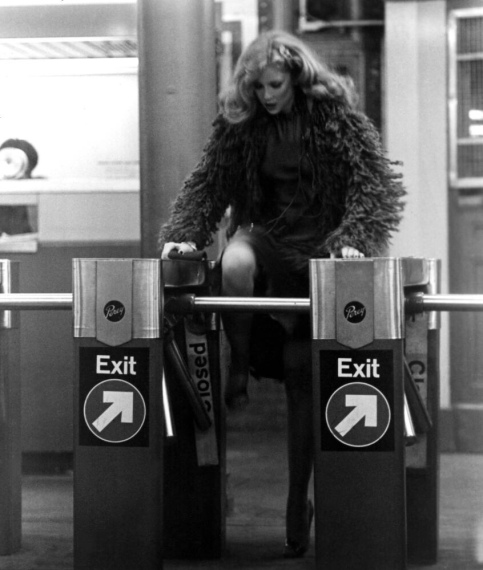 Suits. People don’t wear them anymore. I was watching a documentary recently about how particular James Brown was about his band’s presentation back in the 60s. If they did six shows in one day, he expected his band to have their suits cleaned and pressed before the next show. Somehow they were able to pull this off. After a time, he even expressed a no-tolerance policy to his band for not wearing a cleanly pressed suit–even on their tour bus. All of this was done as a way to aide James Brown himself and the public persona he was building up as a way to hack the system at a time where it was very difficult for a black man to move up into the upper echelons of society. In order to get what he wanted, James Brown had to give the public the idea that he was always a well-dressed man, surrounded by people of a similar demeanor.

Persona building can be aided greatly by mode of dress, it’s only a matter of finding what part you want to play.

Atmosphere is also important. For example, I find using extravagant trappings in my ritual laboratory like candles, statues, symbols, signs, and even location as tools to aide in connect with a persona capable of communicating with my NeterSelf. Subjectively speaking, the use of such “props” help to enhance the atmosphere of my ritual laboratory in such a way that the space between me and my higher Self closes ever so slightly. In writing this, I’m reminded of the movie “Arrival” (2016). If I used the scientists trying to communicate with the aliens in that movie as a model to explain my objective corporeal meat vehicle, I can use the aliens in that movie as a model for my higher Self. Neither speak the same language, but through unique invention, the scientists figure out a way to communicate with the aliens using abstract symbols. Ritual trappings are used in this same way. These types of tools can be used “on stage” as well, especially if I’m taking a job that requires creating a level of “escape” for my potential client.

It bums me out to see local fortunetellers read out on 4th avenue here in Tucson without taking into account the importance of showmanship and atmosphere. They’re usually out at every street fair we have downtown. Ragged jackets, dirty card tables, and a demeanor that makes them seem more like transients down on their luck than noble fortune tellers. It all just leaves a bad taste in my mouth. Who wants to have their fortune told by someone who doesn’t even look like they know what fortune is?

Just some things to think about on a mesmerizing Monday.

Xeper through the mirror of the Self,